September happenings at the 'Mother Reef'

"The Sisters' Islands, home to Singapore's first marine park, are also Singapore's "mother reef" of sorts, researchers have found. The waters around the two islands are the likely source of the country's impressive coral diversity, thanks to currents which can pull coral larvae in to take root there."
Thanks to Chiang Ai-Lien for featuring the work by researchers in The Straits Times. Volunteers were also busy in September helping out at public intertidal walks and trial dives.


From the Singapore's mother of all coral reefs by Chang Ai-Lien Straits Times 25 Sep 15; and AsiaOne

When corals at the Sisters' Islands spawn, they then migrate to St John's, Kusu, Semakau and other islands, says the National Parks Board (NParks).

When corals spawn, the eggs and sperm released into the water join to form free-floating larvae, which float in the water column until they find a suitable home, usually a hard surface they can latch on to.

What the researchers found: The country's reefs are generally well connected, with larvae able to flow freely among them. The southern Sisters' Islands, surrounded by waters with sufficiently strong current, are ideally located.

"If we can improve the reef quality, there's a good chance that corals there can spread their progeny throughout Singapore," said Dr Tun.

The currents around Singapore, however, are too strong for most larvae to enter or leave local waters.

"So for our coral reefs to survive, the system has to be self-sustaining," she explained. "We cannot depend on larvae coming in from outside our waters."

So it is apt that the Sisters' Islands Marine Park has been designated Singapore's first marine park.


Testing out the Dive Trails!

MORE about the Marine Park

Photos in this blog are from those who shared on this facebook page. Thank you!

More about guided walks at the Sisters' Islands Marine Park on the NParks website.

More about what to expect at a guided walk.

Why should I visit with an experienced and trained guide? Why are places limited on a public walk? Which other shores are accessible to the public? and more in this wildsingapore page.
Posted by Ria Tan at 11:06 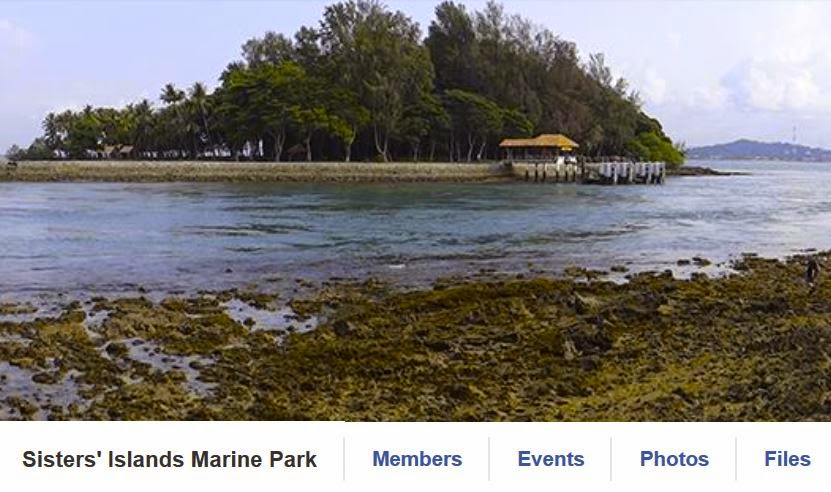 This facebook group is dedicated to the Sisters' Islands Marine Park! For fans to share photos, stories and ideas for Singapore's first Marine Park.

Visit the NParks website to register for walks and for updates on the Sisters Islands Marine Park.